Advice: Get a passport!!

In August, we traveled through Fuller Travel Agency to Alaska with a large group of people. Lynn and Skip Fuller were great to travel with!  We never had to worry about any arrangements, they took care of everything, with top notch service. Each day they touched base with us to be sure we were having a great time and to see if there was anything further they could do for us. The entire trip was wonderful, all of their arrangements were fantastic. We highly recommend Fuller Travel Agency and will use them again without a doubt.

Israel: Pilgrimage to the Holy Land

Magnificent Moselle and Rhine with Baden-Baden

Cruise Down the Mississippi

POLL: Where will you travel next? 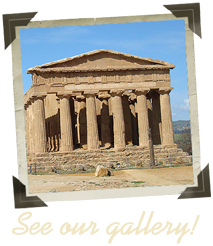